It wouldn't be right if I didn't mention my doggies in a blog post. They're my babies! I have three..the plan was to have two. However after a year of having two I managed to convince my husband that we needed a third. I may have got him drunk and then broached the subject! So here they are, my three pooches.
Charlie the Cavottish
Hes a Cavalier crossed with a Scottish terrier. When he was a puppy he was so naughty. Clearly the terrier in him. He was so snappy but within about nine months he had calmed down! 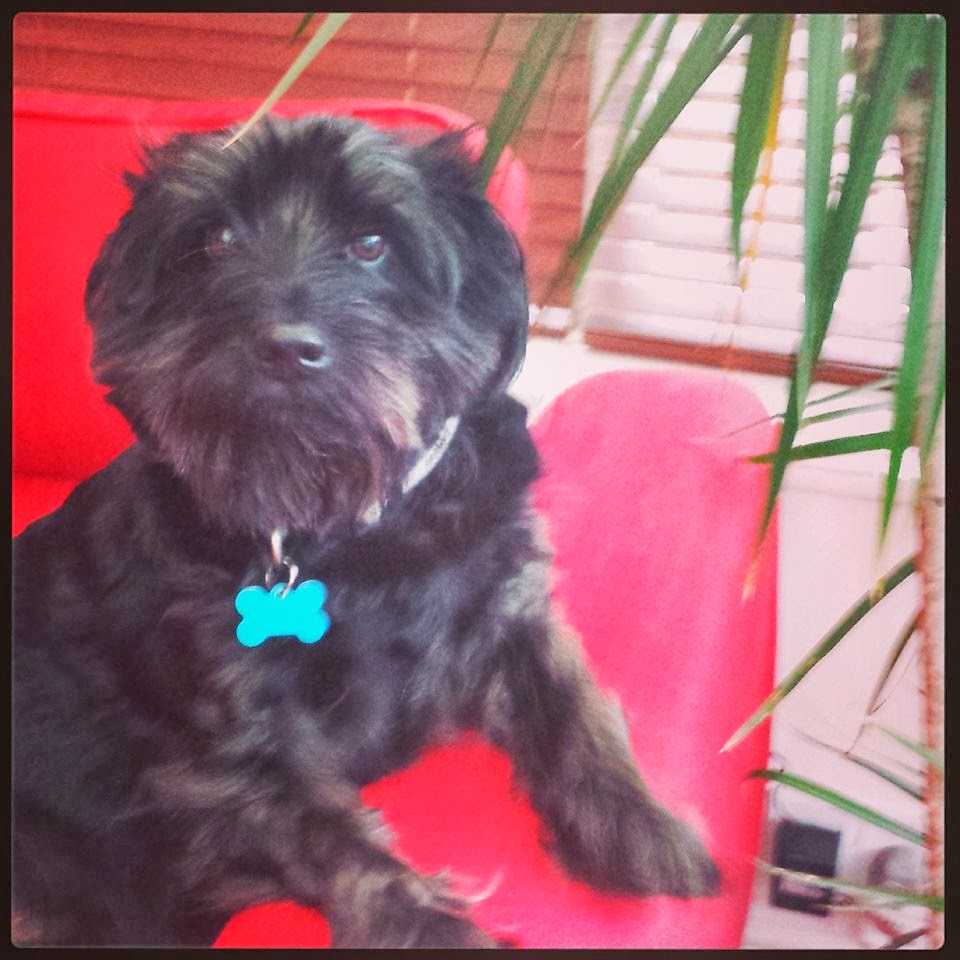 Yes I'm wearing a poodle onesie in the below photo. It was a nightmare to find one apparently..it was a Christmas present and was on Ebay. Originally from Primark but they don't have them in stock now as far I know.
Lola the Cavapoo
She is a Cavalier crossed with a Miniature poodle. We failed to research the term "miniature" when deciding on a third pooch, thinking she would be small but she's actually classed as medium sized. However we wouldn't have her any other way..she's great..if not a tad looney!! 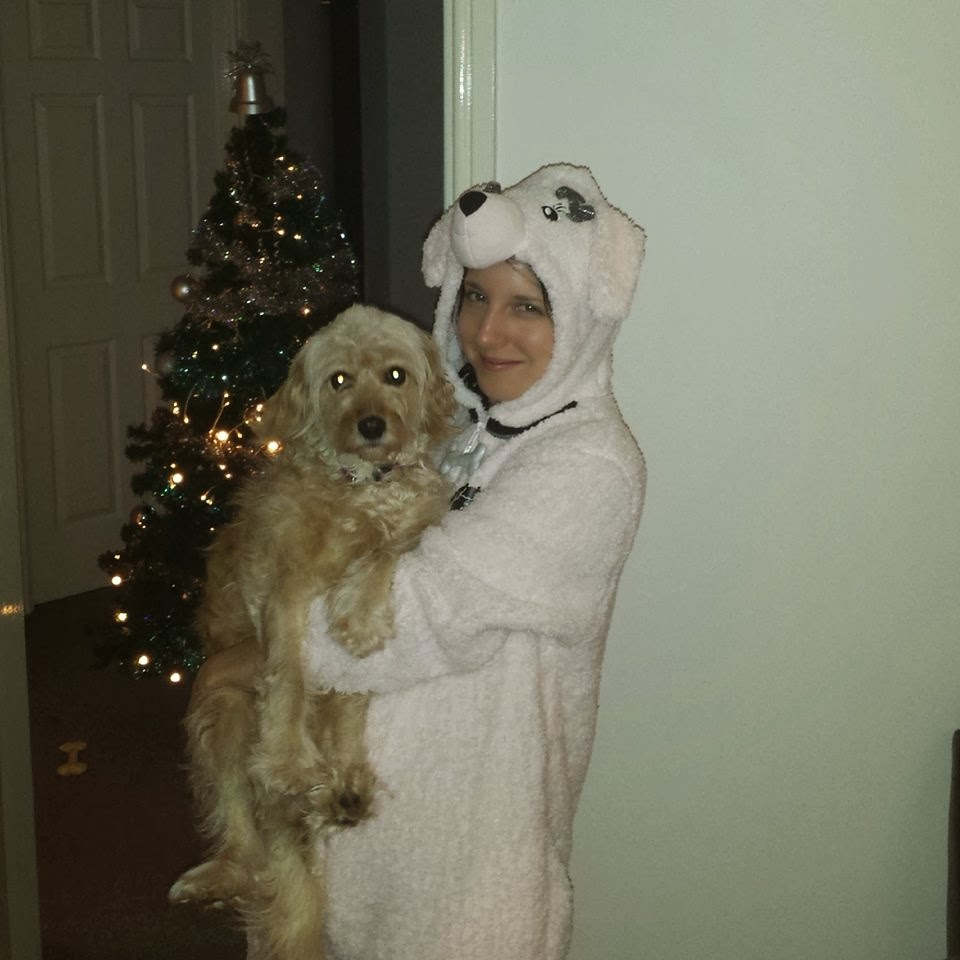 Millie The Cavalier....no cross this time!
She is so cute and little. At times I've thought maybe she is a cross as she isn't a standard size cavalier. Come to think of it there was a Chiauau puppy hanging around when we picked her up lol. But anyway she is a tri-coloured Cavalier, hates birds and loves being clingy. 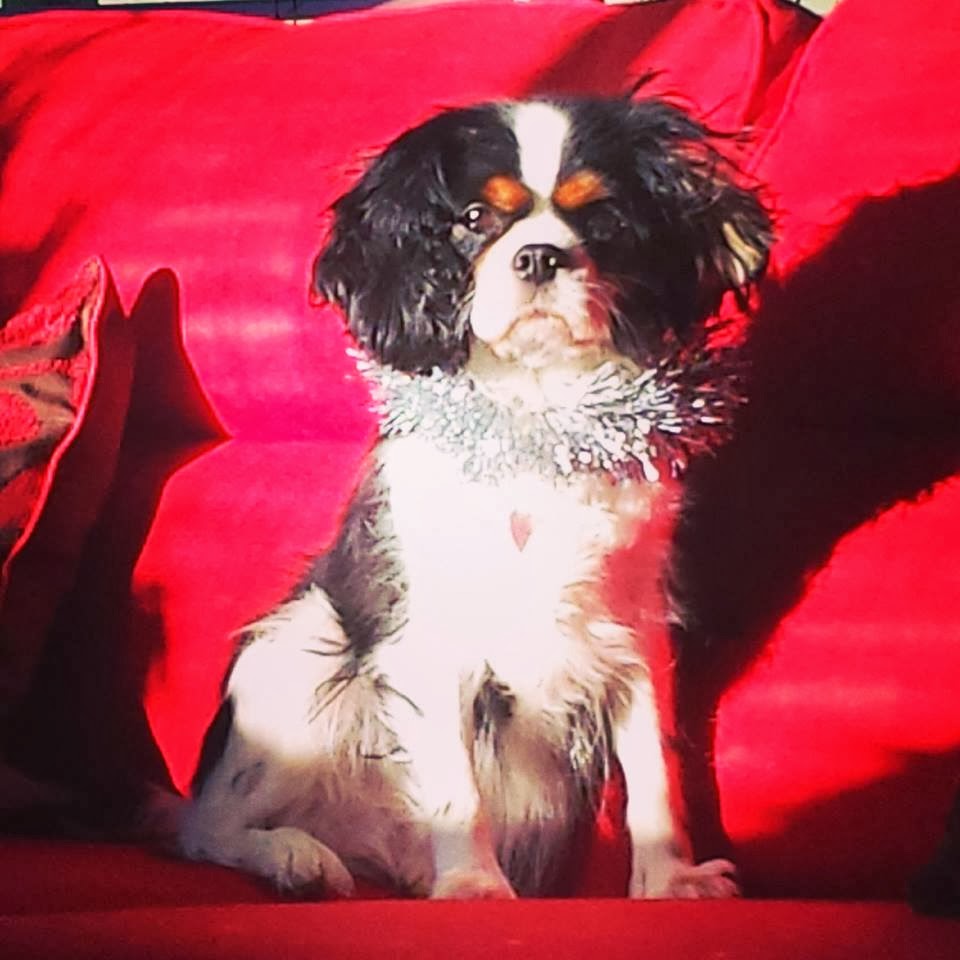 My three pooches in a nut shell.
BNTB x x
Posted by BritainsNextTopBlogger at 14:26